David Henkel’s journey through life – his ultimate trajectory – really began after his father’s service in World War II, when his family moved to suburban Chicago. Although Henkel freely admits that he “didn’t have a strong sense of direction” early in his life, he had a strong interest in sales and marketing and attended the University of Illinois (BA in economics) and Indiana University (MBA in marketing). After post-graduate positions in marketing research and medical supply sales, the family business, Johnson & Quin, beckoned. Henkel’s father, Robert, had purchased Johnson & Quin in 1960.

Johnson & Quin, in Niles, Illinois, has a long history in the printing industry. Henkel points out that the company is 145 years old, according to records. He thinks the business may even be older than that – the actual age may be unknowable – due to the loss of city records in the Great Chicago Fire of 1871.

Henkel’s professional involvement began on July 1, 1977—“45+,” says Henkel—when he joined Johnson & Quin as a sales representative. When he started in the company, it produced a combination of very specialized forms – one for the medical segment, another for the telecommunications industry. His first mission was to look for opportunities in emerging markets.

The quest for innovation

During this research, Henkel met a marketing researcher on a trip to Dayton, Ohio, who told him about laser printing, which had just emerged as a technology. The opportunity Henkel saw was to use a laser to image pre-printed forms. Using a Xerox 9700 printer, Johnson & Quin’s trajectory began to change. “We were the first source for pre-printed laser forms,” ​​Henkel notes, “and almost immediately we began to move the business into this new area.”

This commitment to finding new technologies and maximizing them is a strong element of Henkel’s decades of leadership at Johnson & Quin, helping it earn a spot as a 2022 inductee in the Print impressions/ RIT Printing Industry Hall of Fame. A longtime colleague attests to this: “If you step back and look at his career,” notes Bob Arkema, executive vice president of Johnson & Quin, “Dave was truly an innovator. Henkel transformed the business, Arkema explains, from a standard commercial printing operation into direct mail and direct mail production.

Today, Johnson & Quin is 100% digital, producing primarily marketing materials and high-value digital documents using continuous-feed inkjet production equipment. According to Arkema, the company’s interest in high-speed inkjet technology started early and, when the time came, led to profound changes. “Dave started getting interested in inkjet as early as 2008,” explains Arkema, “and really got into it in 2014.” 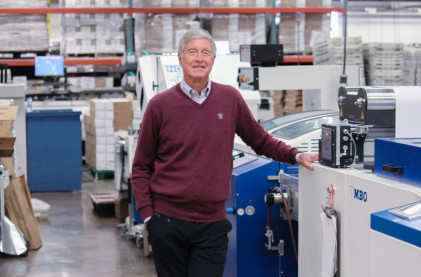 At the right time, the transformation was rapid. “In 2018, our last box of toner disappeared,” says Arkema. He adds that the move to inkjet used a holistic approach: “Migrating our own business to inkjet seemed risky at the time.” This strategy, over time, proved prescient.

“The company has gone high-tech,” says Henkel, “with more volume and half the number of employees. White paper inside and color outside. Technological evolution has been constant. He notes that today’s machines can be used with higher levels of flexibility.

When his father retired in 1987, Henkel, then vice president of sales, became president of Johnson & Quin. He held this position until recently, when his son, Andrew Henkel, became chairman. David Henkel now serves as CEO.

During his tenure as chairman, Henkel says the most profound change has been in technology: front-end and prepress tools, laser to inkjet, downstream finishing, shifting from sheet-fed to print continuously. Henkel has embraced all of these changes with the future of the business in mind. Like other business owners, he had to guide the company through difficult times, including after 9/11, the crash of 2008, and more recently the COVID-19 pandemic.

“We’re beholden to the marketers,” says Henkel, “and they had to take a serious break.” He says that although the recovery times were different, Johnson & Quin, in each case, recovered. Arkema says Henkel’s leadership has been particularly impressive during these difficult times. “It really got stronger when things got worse,” notes Arkema. Henkel’s consistent leadership, he says, gave good reassurance: “Everything will be fine, David told us, and gave us the reasons why. »

In addition to being the leader of his company, Henkel has also been a leader of people, fostering careers and maximizing the potential he sees in others. Kay Wilt, Marketing Director of Johnson & Quin, notes that Henkel has been a strong supporter of his career: “He always thought of me when there was a new challenge or a new area that needed someone to lead. to intervene. She believes Henkel has always recognized her knowledge of the business and her growing capabilities. 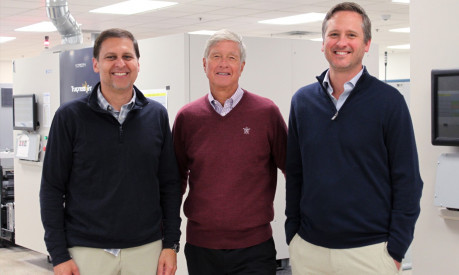 Arkema points out that Henkel’s leadership has also been great for his career: “He gave me the opportunity to move from sales to management and then to management – he thought I would be good in my role, and good for society in general. Arkema says he appreciates the way Henkel brought him into difficult situations and let him solve them on his own.

Wilt says that in addition to being a good businessman and having good people skills, “he also has a goofy side.” For example, she said, he would pull out a pair of funny glasses for a laugh or to break the ice to solve a difficult problem.

On the corporate culture, Wilt adds, “It’s a tribute to Dave and his family, the senior executives are still in place.” Like his father before, then Dave, now Andrew, the doors are always open. She describes the company as “a great people-oriented environment.” Arkema adds that the operation has “a very professional culture which is not to the liking of the owner”. He explains that collaboration is always a key part of decision-making.

Discussing the generational “transfer of power” that has taken place at Johnson & Quin, Dave Henkel says the change has been welcomed by all parties involved. “In so many print shops,” he says, “it’s a matter of ownership, but it’s not our style.” With this statement, he implies the team approach he has embedded in the business.

The strength of community 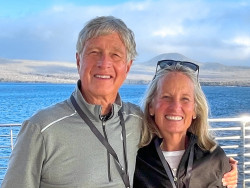 As a business leader and a believer in the power of printing, Henkel was involved in the creation of two user groups: Xplor and Imaging Network Group (INg). “They’ve been a good source of connection with the industry,” he says. Arkema underscores this industry-focused leadership and Henkel’s involvement in the Direct Marketing Association, emphasizing its “willingness to share and involve others, and its belief that all industry players should have the right to to succeed”.

Henkel also launched a college recruitment program to bring senior graduates into sales and operations roles. The program required the development of a training program for those recruited. He says, “It was a great way to match recruiting industry veterans with solid entry-level positions. Additionally, it has helped Johnson & Quin develop its own pool of industry talent. For those new to the industry, looking for their own strong trajectories, Henkel suggests: “Try to pick a solid company with a good reputation.”

For more than a decade, Henkel has noted that he has been on the road to retirement. “I’m 76,” he says, “it’s a logical generational change.” For about a decade, he has struggled to step back from the detailed aspects of the business and focus more strategically. He wants to stay involved. As for when full retirement will become a reality, Henkel points out: “My grandfather spent 50 years in the business. That sounds pretty good to me.

Of Henkel’s induction into the Printing Industry Hall of Fame, Wilt said, “We are all proud of what he has accomplished during his career and his stewardship of Johnson & Quin. . He should enjoy this period of recognition, especially as he prepares to retire. Arkema confirms: “It’s extremely well deserved. Dave has a great reputation in the industry. Everyone loves him. He likes to share. »

Of his life outside of Johnson & Quin, Henkel says, “I’ve been married for 54 years, have two married children and four grandchildren. He and his wife have spent the winter months in Florida for six years. He likes to stay active and enjoys running (he has run several marathons in his life), golf and skiing, although he admits that age is impinging on this activity. Henkel is also an avid history reader and participates in a history book group.

Henkel shared the story of his involvement in a United Airlines program where those who could fly to 50 states in 50 days would receive a one-year first class pass on the airline. He’s committed to the goal, and not just with his flying comfort in mind.

In addition to getting the first-class pass he was looking for, he was able to use his involvement in the promotion to “meet the right people” at United Airlines Mileage Plus – a prospect he hoped to land. “Within three months,” he reveals, “they had become a major account. I had a lot of fun with it.

“He set me up for success,” notes Andrew Henkel, “and put me with a very well-thought-out team.” He says what his father taught him the most “is that he leads with a focus on creating a culture based on respect for everyone.” Of his father’s induction, he says, “It’s very well deserved – he has shown leadership in the industry and been a good example of how people should treat people, customers, suppliers and their competitors”.

As for his father’s successful trajectories with Johnson & Quin: “He took a company that was a commercial printer and got into new areas as early as anyone. Whether by luck or skill, he found the right time to invest in technology, where quality, cost and demand meet. He managed to do it right. »